Between their better-than-any-Nicholas-Sparks-book love story, their perfect engagement photo location choice, the way they light one another up, how ever-loving organized these two are, and how much I just adore this sweet couple, I couldn’t be any more excited to share Kylei Klein and Cole Hickner’s Peaceful Valley Farm engagement photos in Delphi, Indiana on the blog!

Kylei & Cole met at Purdue, but they fell in love in Ireland.

In 2019, Kylei and Cole met at Purdue long enough for Cole to fix Kylei’s suitcase, but they got to know one another and fell in love in Ireland.

You see, Kylei and Cole both signed up for a short study abroad trip. Before boarding the bus to head to the airport, the handle on Kylei’s suitcase got stuck. Noticing that she was flustered, Cole offered to help and quickly fixed the problem.

Kylei thanked Cole, and they didn’t see or speak to one another again until they’d landed in Ireland, boarded a bus to Dublin, and happened to sit close to one another.

The conversation going on around them went a little something like this, “I’m excited to be here, but I have no idea how I’m going to afford to drink.”

“Well, maybe somebody should get engaged tonight,” Cole said giving Kylei a nudge.

“What?” Kylei asked, very confused considering the only conversation she and Cole had ever had was about her broken suitcase.

“Think about it,” Cole told her. “I’ll get down on one knee in a crowded pub and ask you to marry me. They’ll surely send drinks all around.”

Deciding this wasn’t a terrible idea, those sitting near Cole and Kylei began planning Cole and Kylei’s hypothetical wedding and future. And, to Cole and Kylei’s surprise, they wanted all of the same things—same wedding colors, same kind of home, same number of kids, and more.

Arriving in Dublin, Cole and Kylei laughed this conversation off, and their advisor laid down the rules for the trip and let the group know that every evening when students went out, there needed to be two (one guy and one girl) designated sober students to make sure everyone was okay and accounted for.

Cole and Kylei didn’t know this about one another at the time, but neither one of them drink, and separately, they went to their advisor and both volunteered to be the sober chaperone for the extent of the trip without the other knowing.

That night, Kylei and Cole were pleasantly surprised to discover that they’d be working together for the next few weeks. And, over the course of the trip, Kylei and Cole spent many evenings chatting literally all night long. Some nights, they kept talking even after everyone else had gone to bed and barely had time to shower before educational activities commenced.

They were both shocked by how easy it was to talk to one another, and while they’d both really been looking forward to visiting Ireland, they quickly became the highlight of one another’s European adventure.

And, if their bus ride conversation wasn’t enough to make Kylei and Cole realize that they’d found the one, Kylei and Cole sealed their fate before the trip was over.

One day, they visited a monastery, and outside of the monastery, there was a tall stone with a hole in it. According to their tour guide, legend has it that if you touch fingers with someone through the stone, you’ll become destined to get married.

While exploring the grounds, Kylei said to Cole, “Cole, put your hand through the hole with me. You can be my backup husband.”

To which Cole responded, “Backup husband? Girl, I’m going to be your husband.”

Cole and Kylei touched fingers through the hole, and when their trip ended a few weeks later, neither Cole nor Kylei had any doubt that they’d found the one. And, now, they’re getting married!

Cole proposed to Kylei where their story began—in the spot where her suitcase broke.

Before I share Kylei and Cole’s engagement story with you, I can’t help sharing a little fun fact just so you can understand how on top of life these two are and how excited they are to get married.

Kylei and Cole picked a wedding date and booked their wedding photography package BEFORE Cole had even popped the question!

When they contacted me, I was so excited to hear from them because (1) they’re the sweetest and (2) this will be the third wedding I’ll have the pleasure of photographing for the Hickner family. Shane and Kate got married in June 2019, and Alex and Casey will celebrate their wedding in May 2021.

So, Cole and Kylei picked their date and booked their wedding photography package and venue. Then, Kylei patiently waited for Cole to pop the question.

Cole decided that he wanted to ask Kylei to be his wife where their love story began—outside of Purdue’s Ag Building in the spot where he fixed her suitcase before they boarded the bus to Ireland.

Knowing that it would be difficult to surprise Kyeli, Cole decided to recruit the help of Kylei’s cousin who was about to be a freshman at Purdue.

Kylei’s cousin told Kylei, “I have an idea. Let’s take first-day-of-school photos! It’s my first year at Purdue and your last, and my friend is a photographer. Let’s take some photos around campus!”

Not the least bit suspicious and thinking her cousin’s suggestion was a great idea, Kylei agreed and looked forward to a photo session with her cousin.

While taking photos, her cousin’s photographer friend pretended to get a text and said, “Shoot. My friend needs help carrying something from the Ag Building, but I don’t know where that is. Can you show me?”

“Of course!” Kylei said who is always helpful and the three headed that direction.

When they got there, Kylei was shocked to see Cole whom Kylei thought was at work. Still not at all suspicious, Kylei was just happy to see him.

And, Kylei was completely surprised when Cole got down on one knee in front of Purdue’s Agriculture Building and asked her to be his wife. (Side note: Poor Cole ripped his pants in this process, which gave him and Kylei a good laugh but didn’t ruin the moment.)

And, now, Cole and Kylei are officially engaged!

Not wanting to give the proposal date away but knowing that Kylei would want fall engagement photos, Cole scheduled his and Kylei’s engagement photos without her knowing, and I waited to hear when Cole and Kylei were officially fiancés.

After Cole popped the question, Cole and Kylei let me know that they wanted to do their engagement photos at Peaceful Valley Farm just outside of Delphi, Indiana. And, I’m so glad they were able to get permission, because this property is gorgeous!

But, this beautiful property is nothing in comparison to how Cole and Kylei light one another up. These two laughed and joked through their whole engagement session, and I cannot wait to get them in front of the camera again on their wedding day!

On July 10, 2021, Cole and Kylei will become husband and wife at The Barn At Hawks Point in Anderson, Indiana. And, personally, I can’t wait to witness these two get married, for their ice cream bar, or to see the whole Hickner fam again!

Cole and Kylei, congratulations on your engagement, and thank you so much for trusting me to be your wedding photographer. You two radiate joy wherever you go, and your wedding is going to be the most fun celebration!

But, for now, I hope you love your Peaceful Valley Farm engagement photos in Delphi, Indiana! 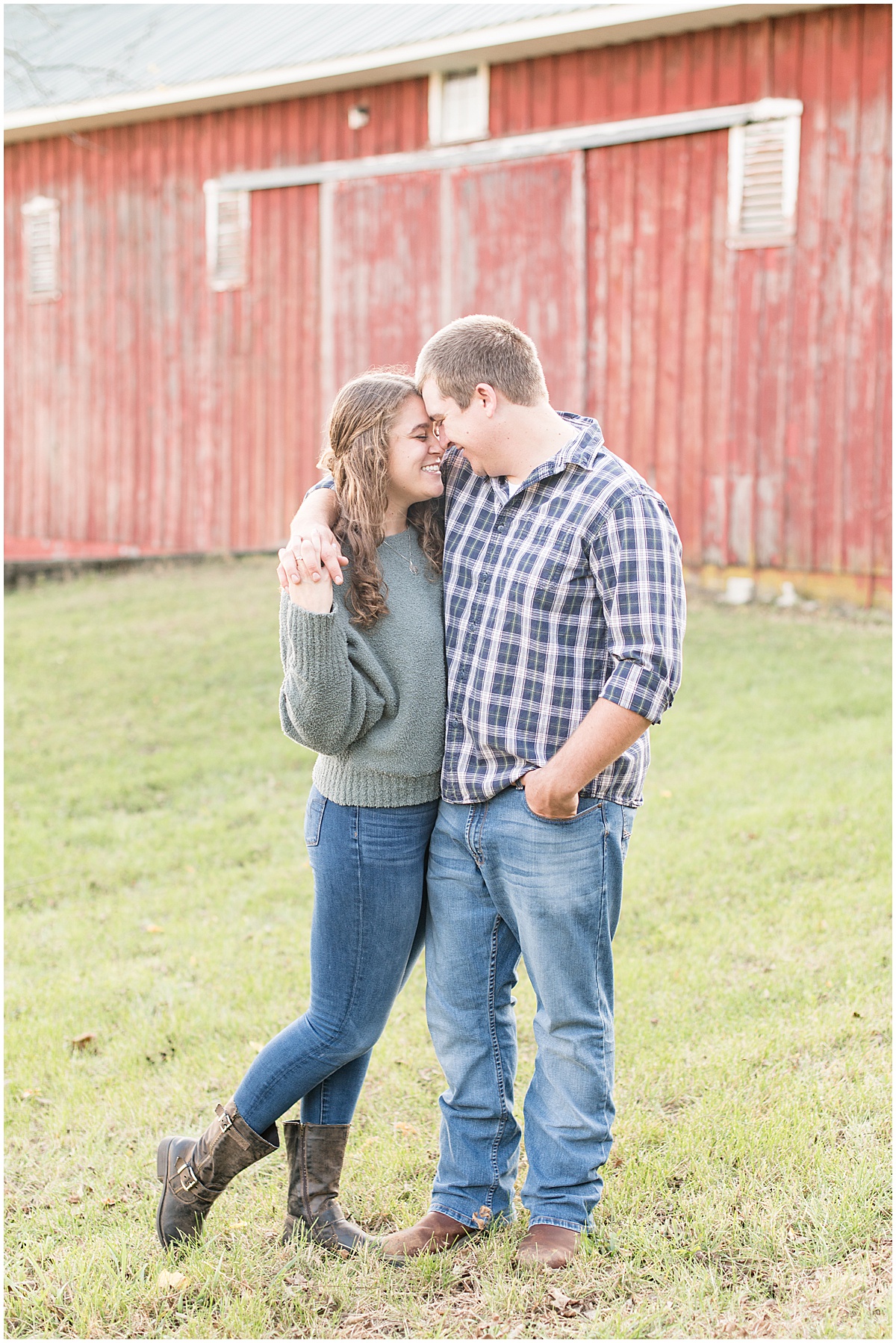 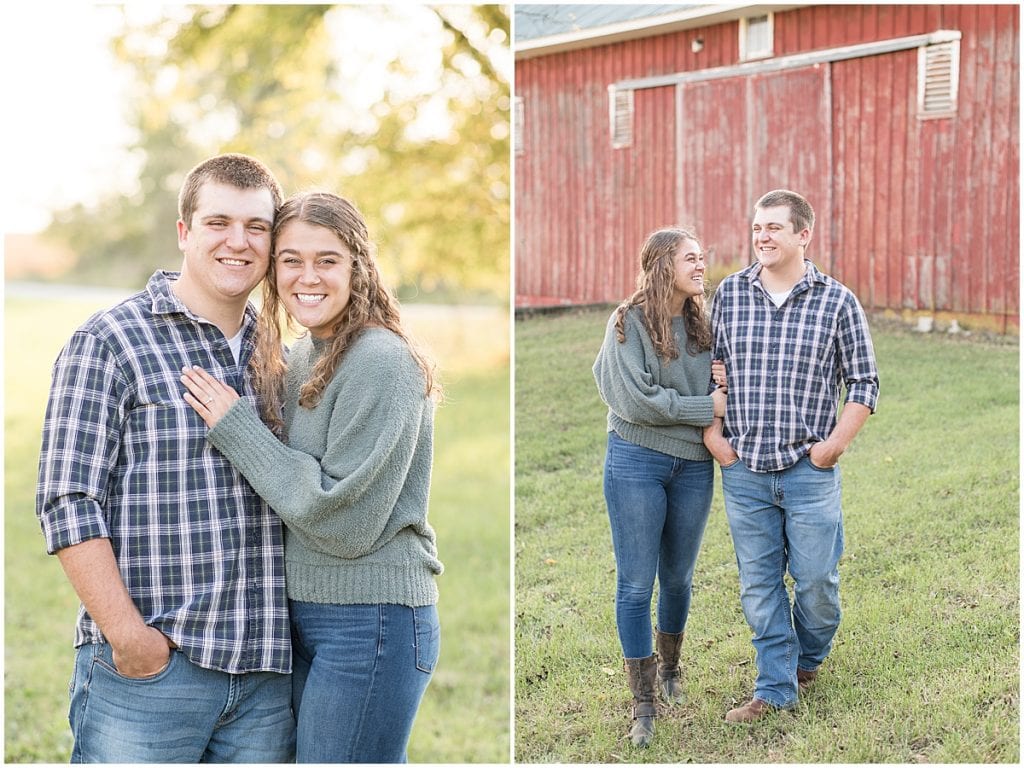 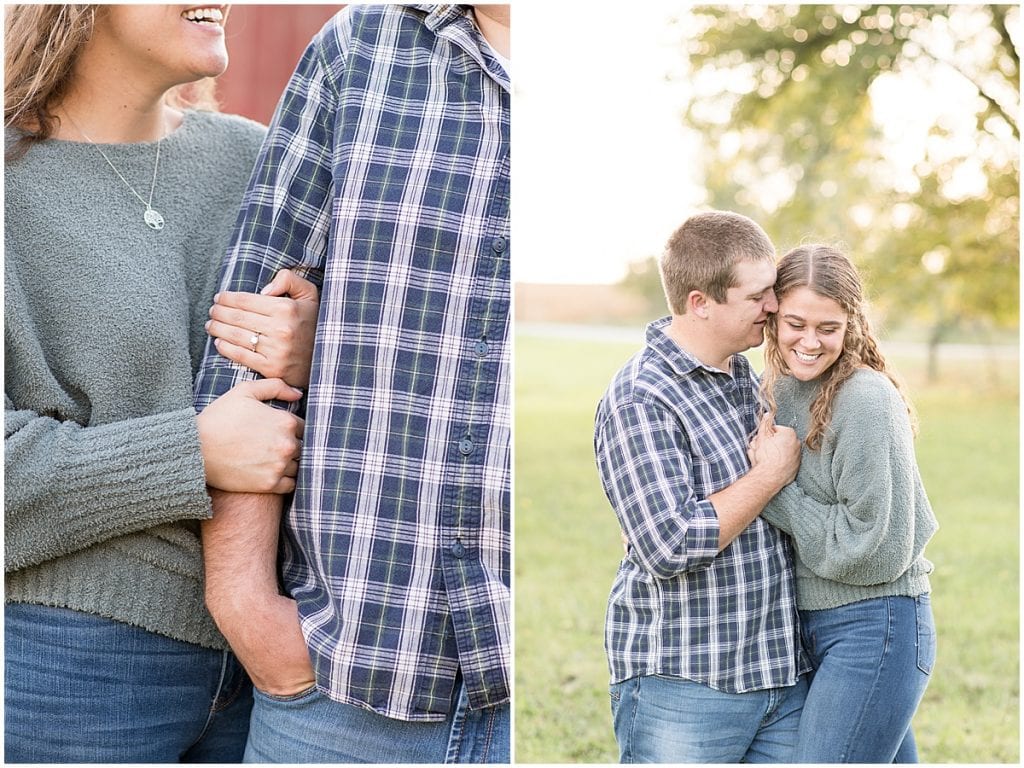 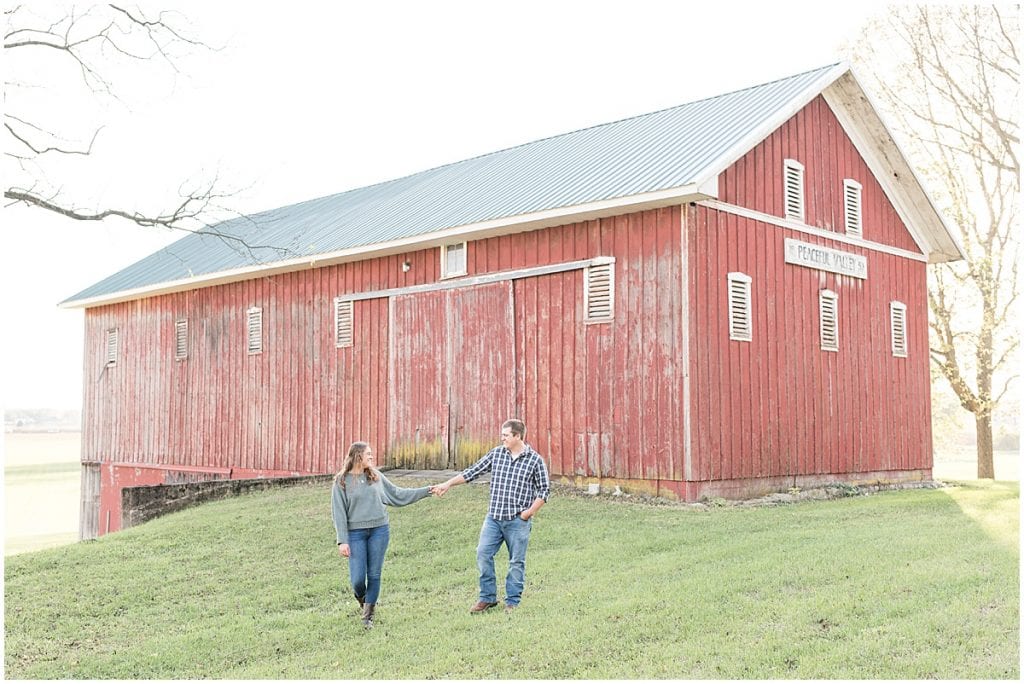 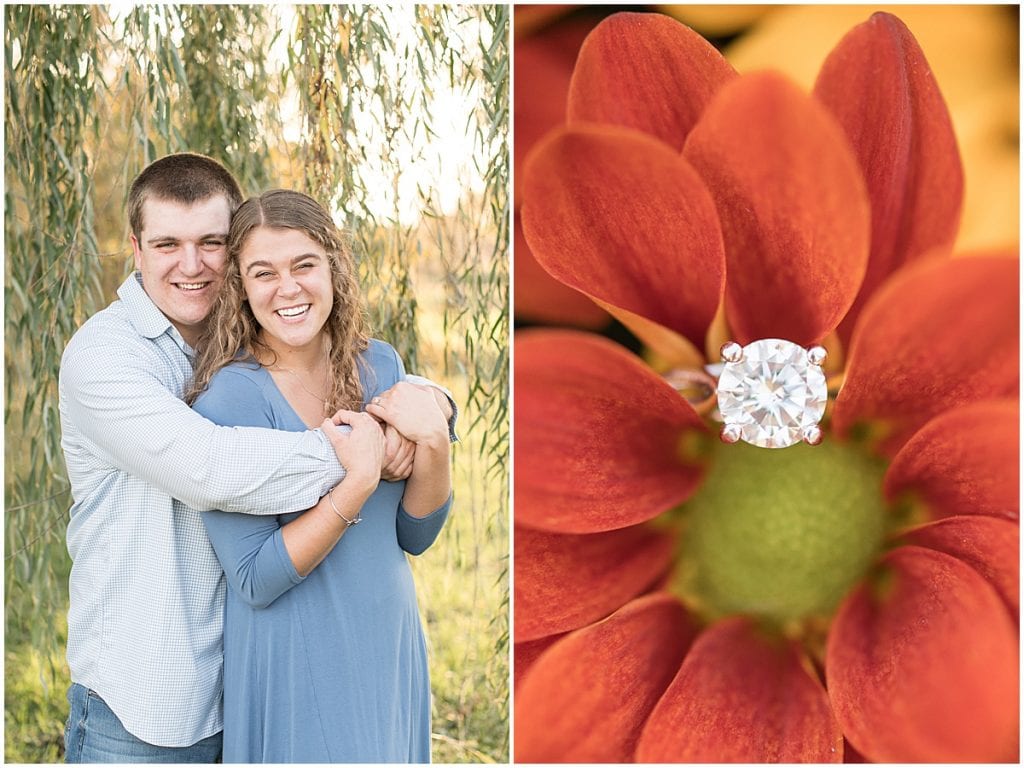 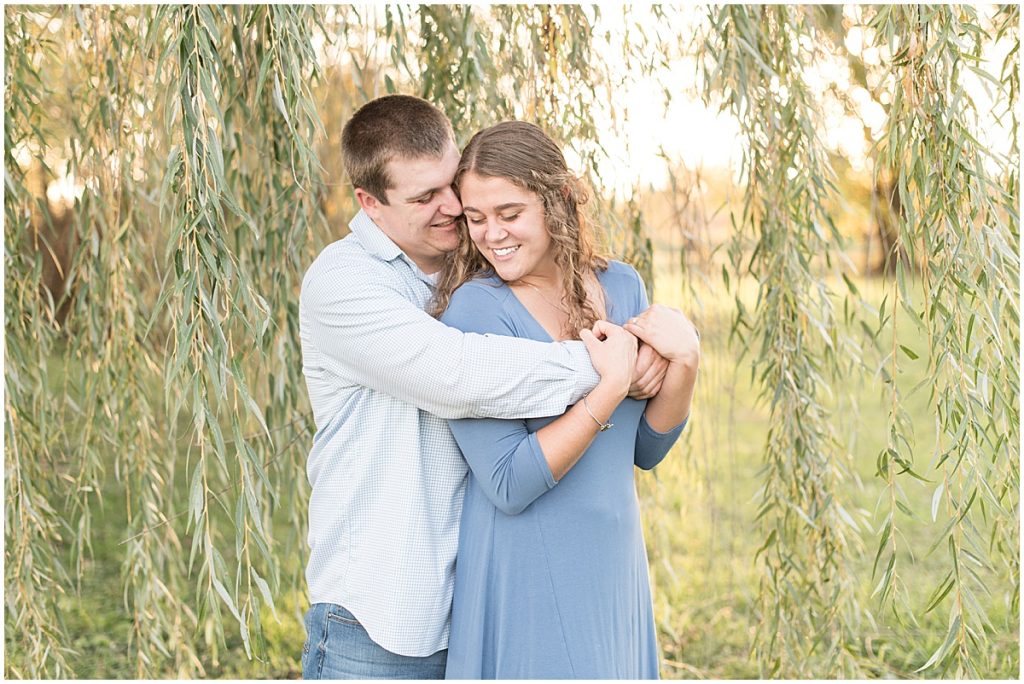 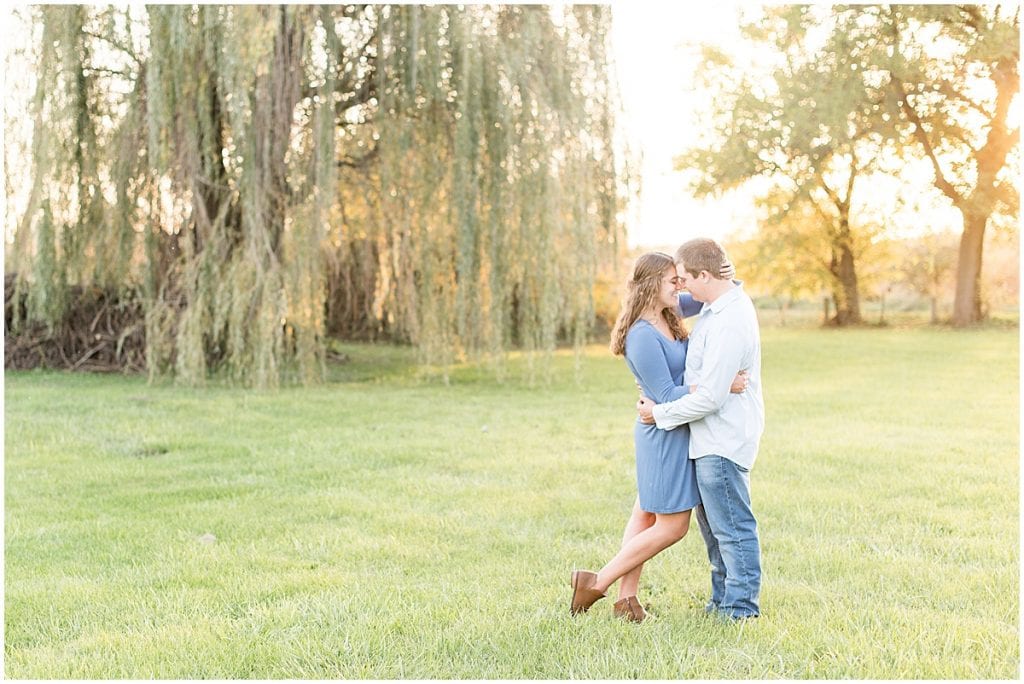 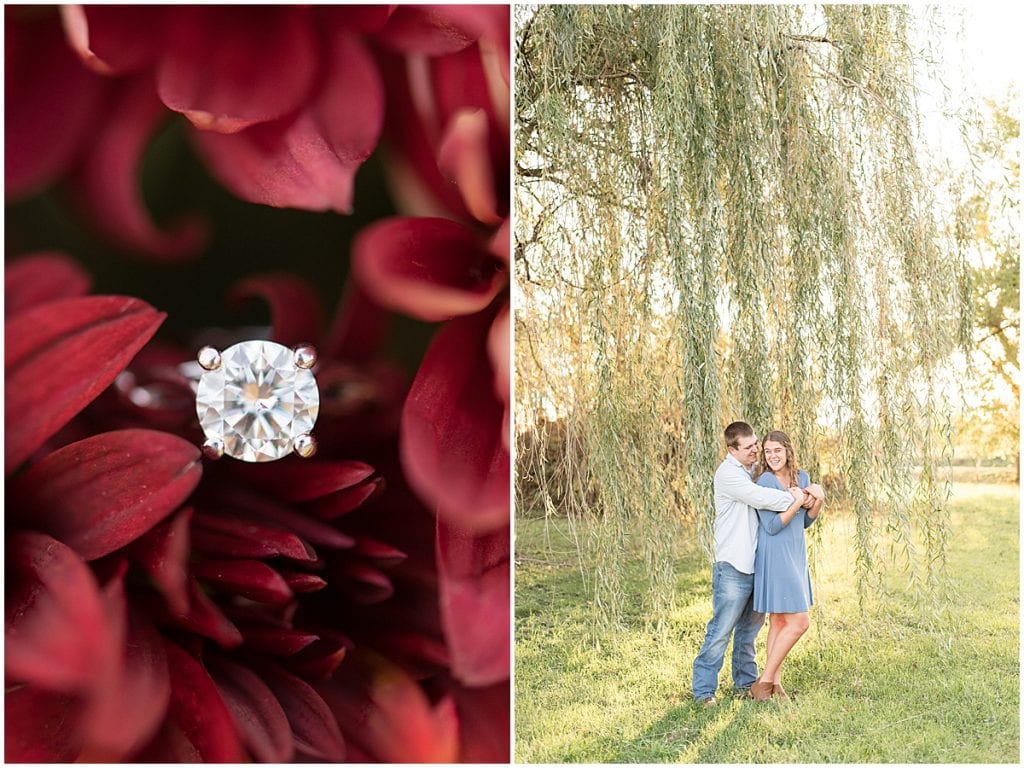 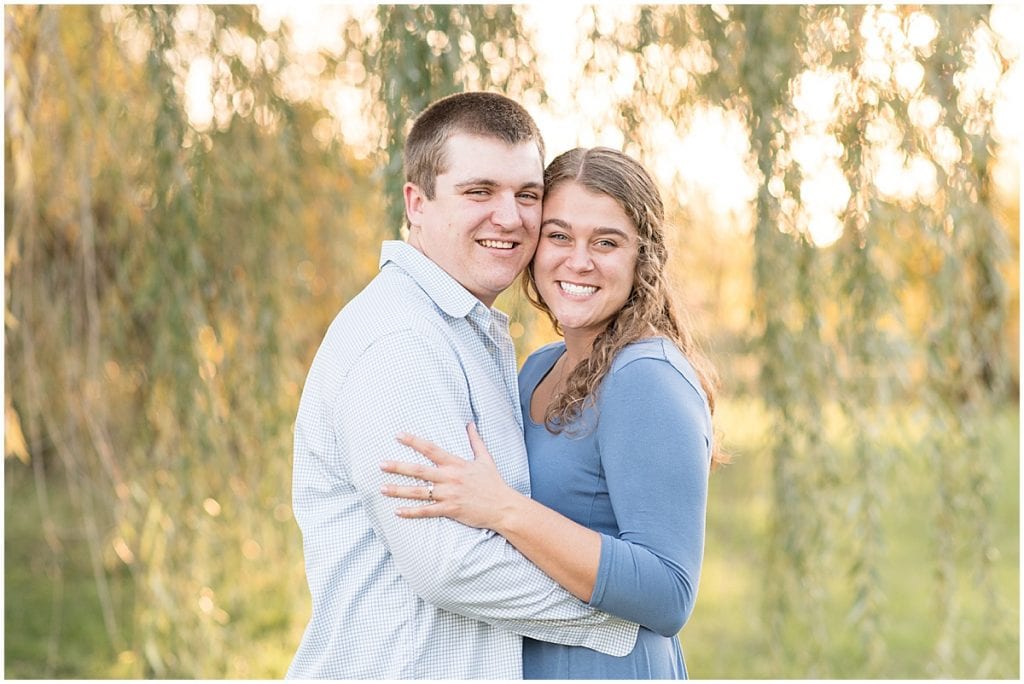 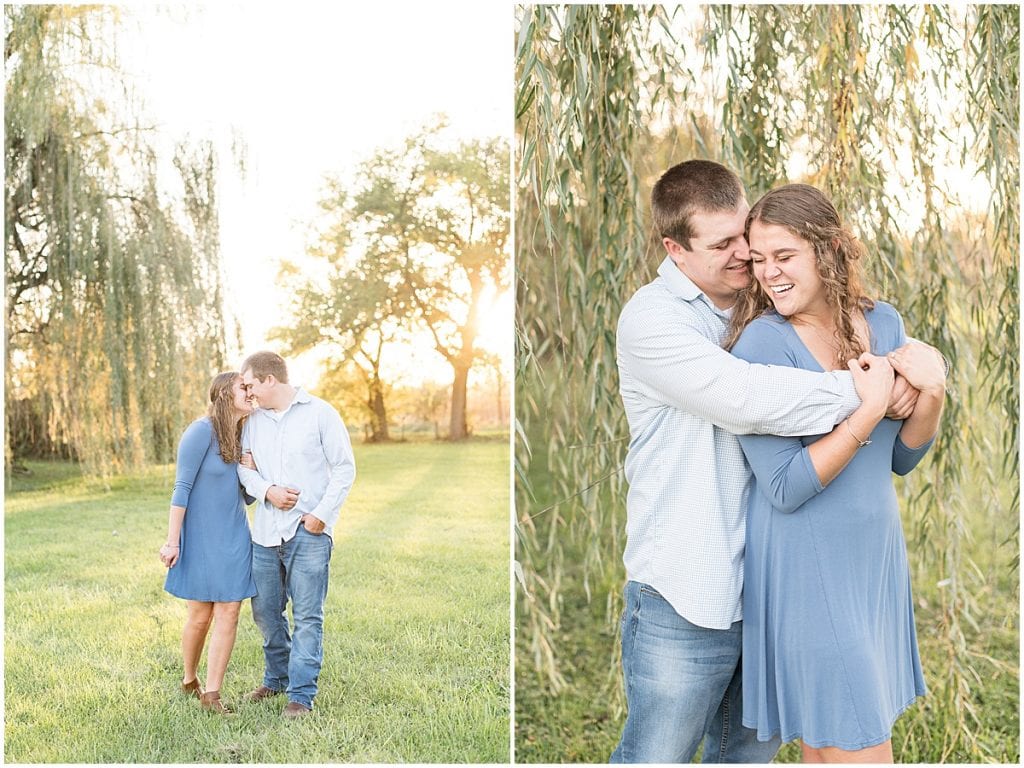 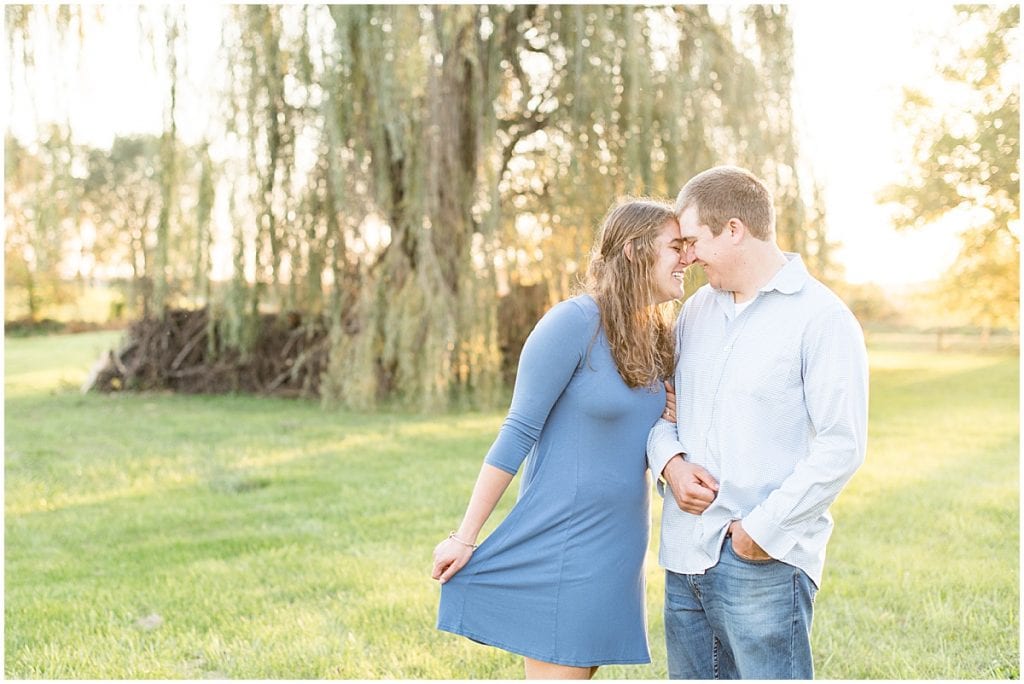 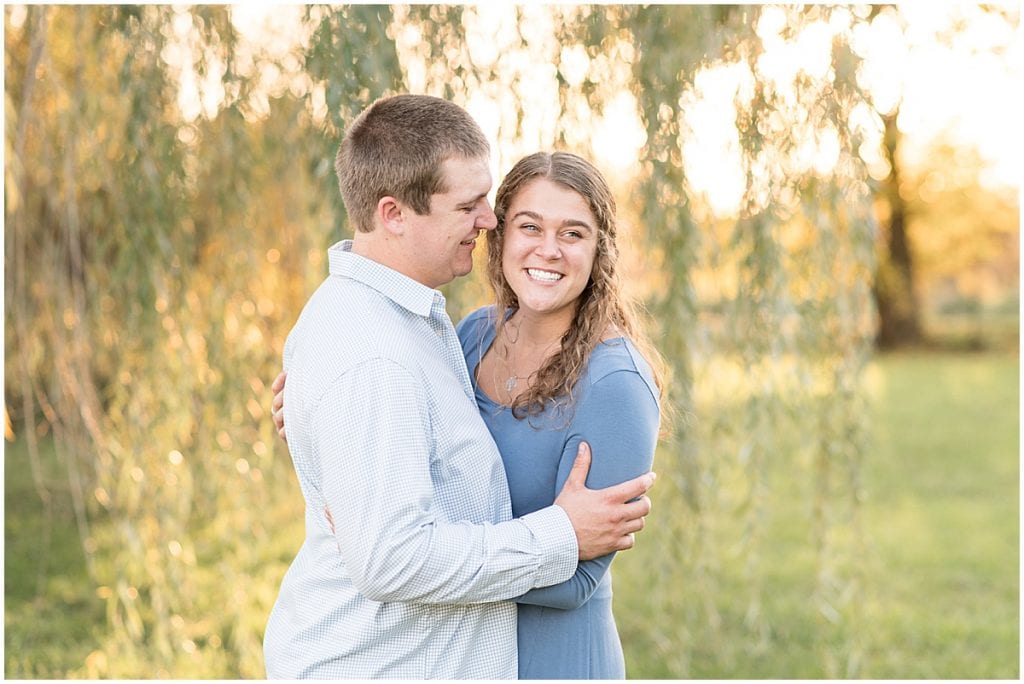 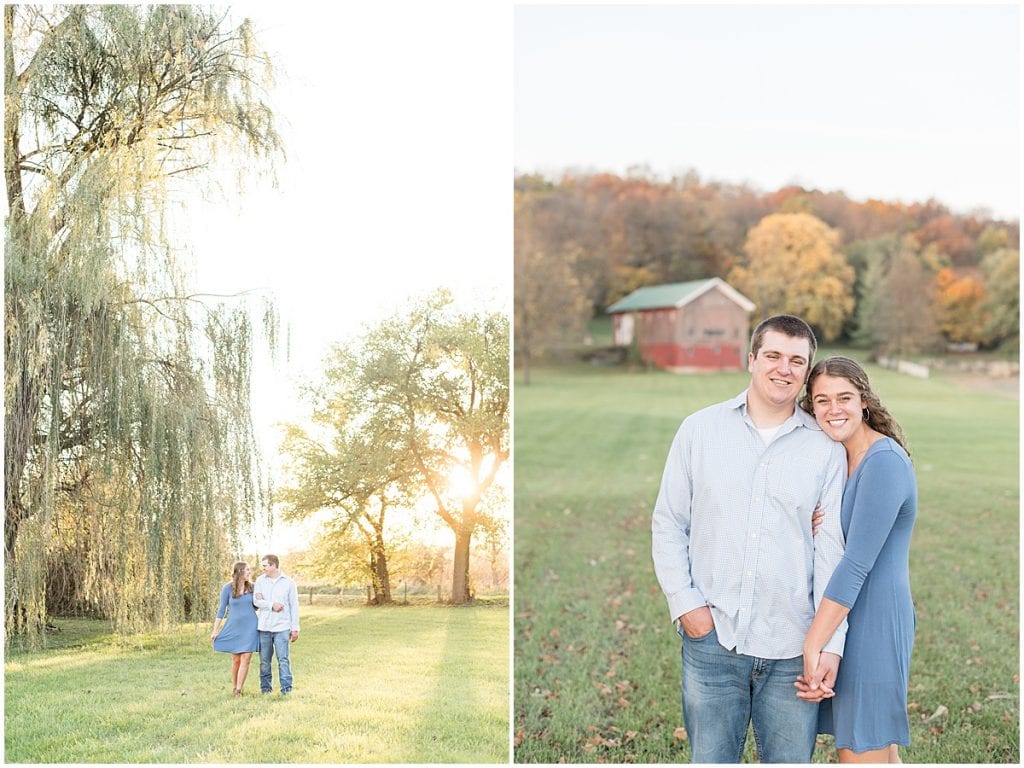 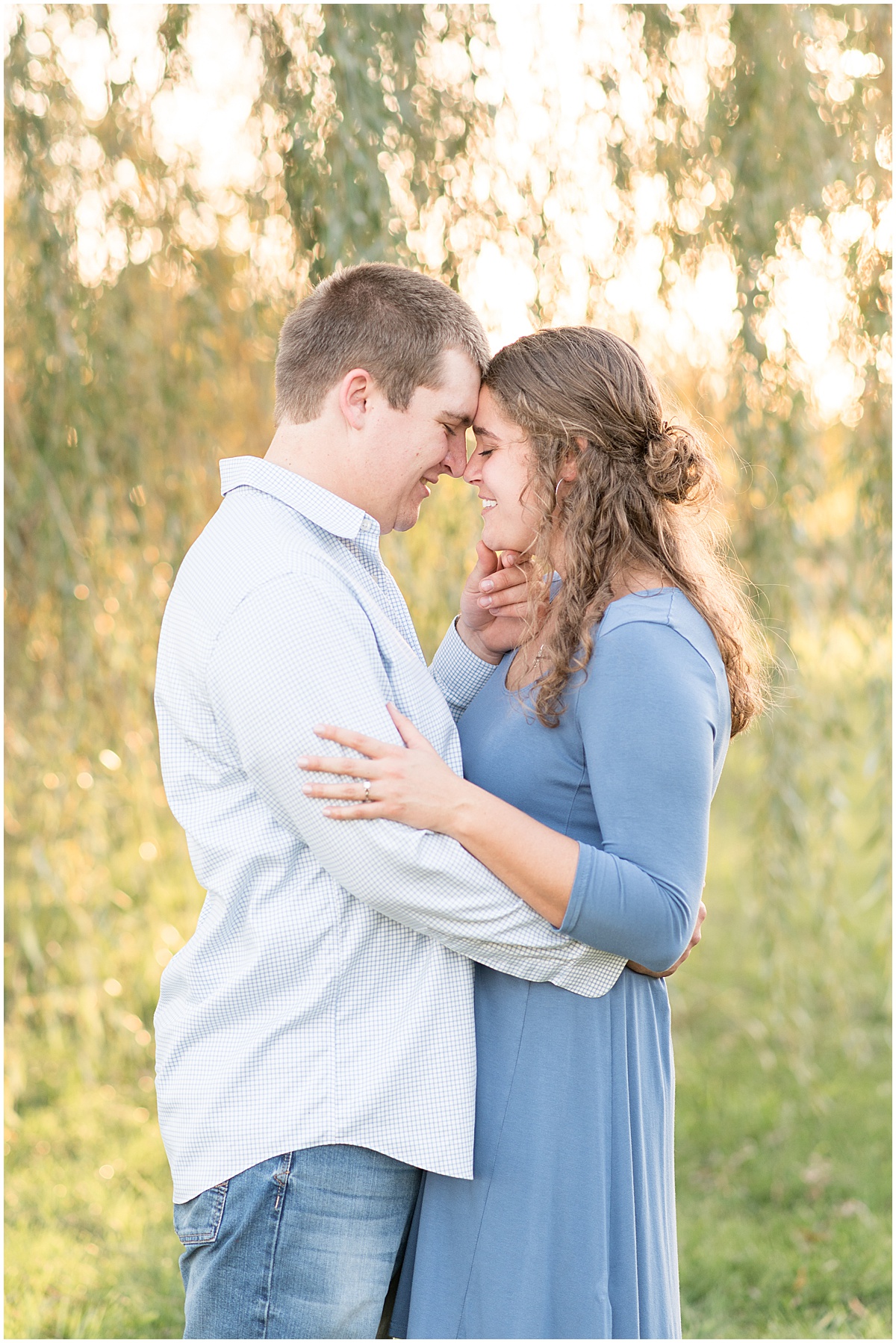 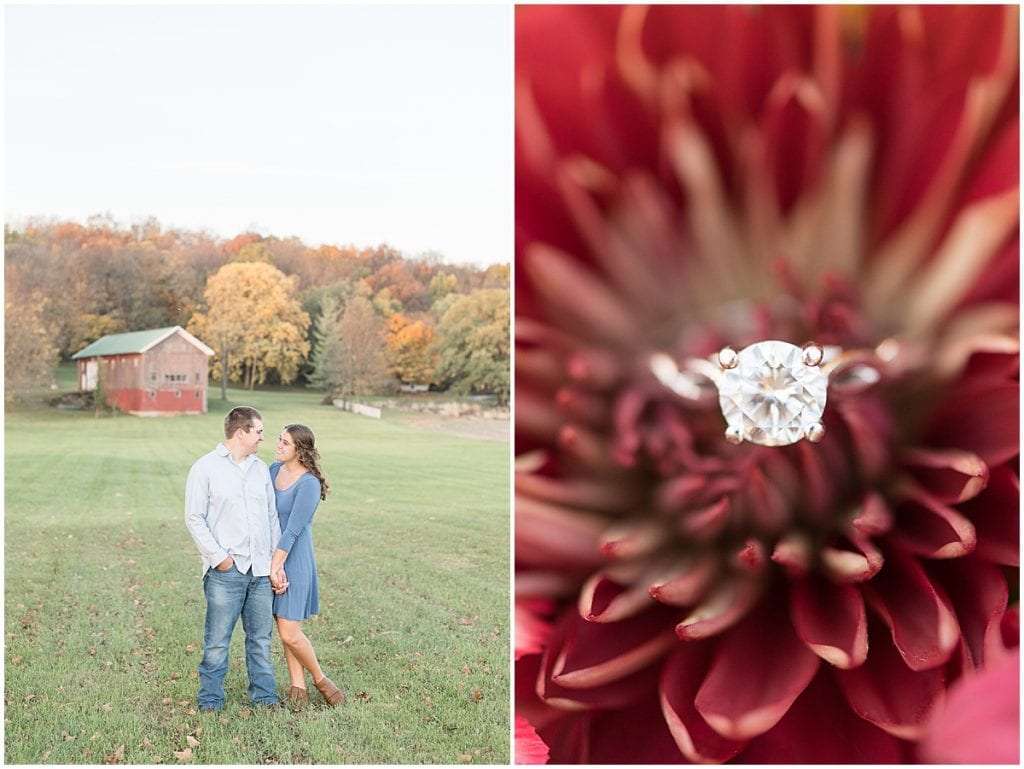 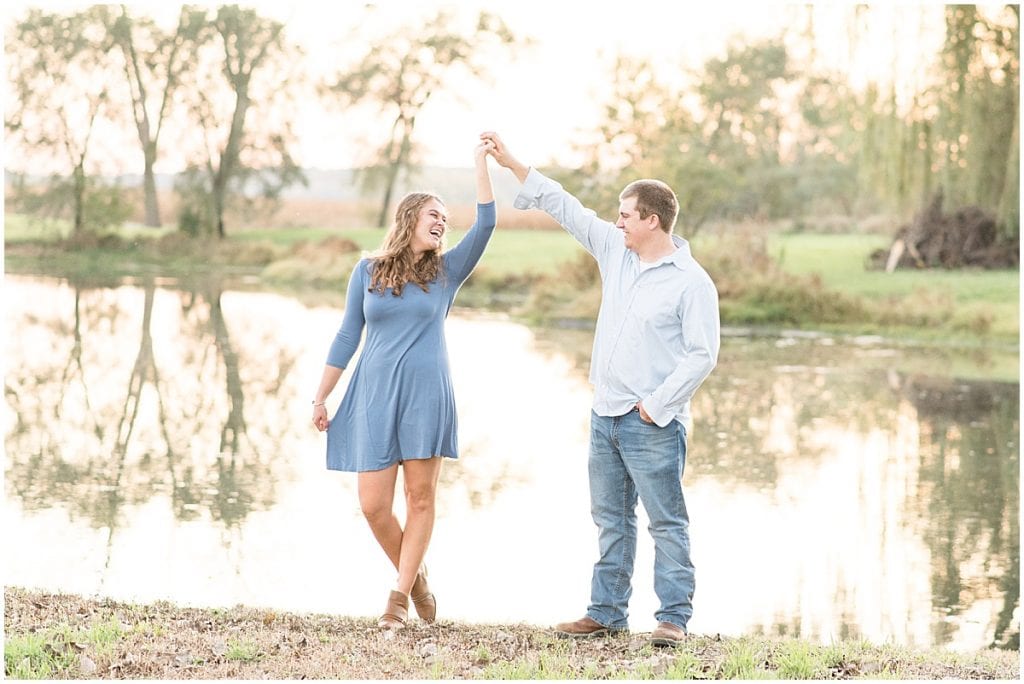 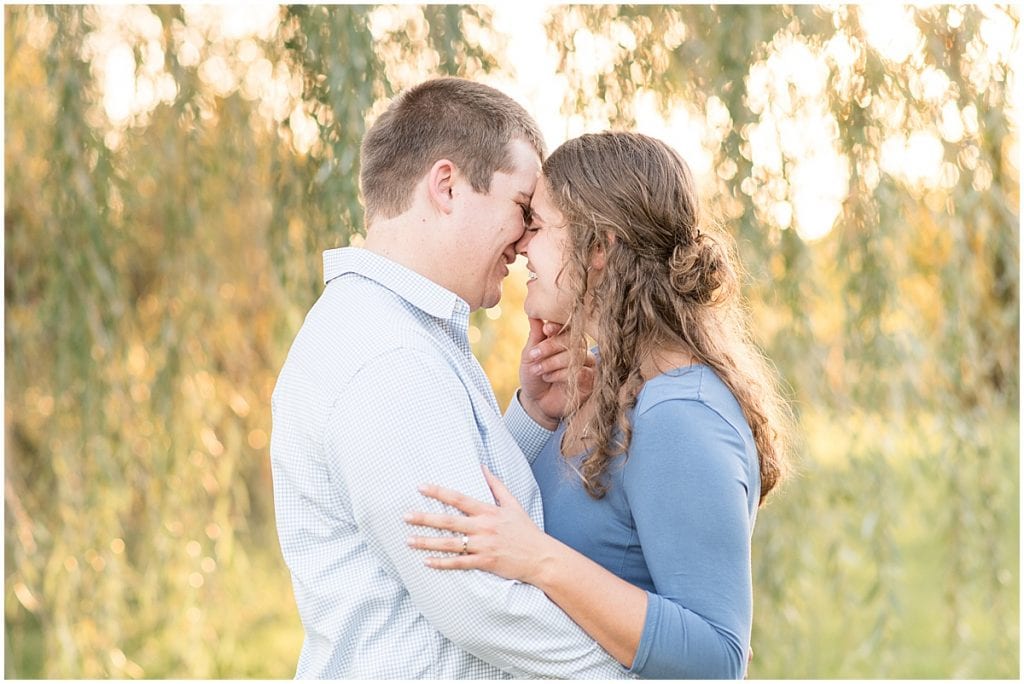 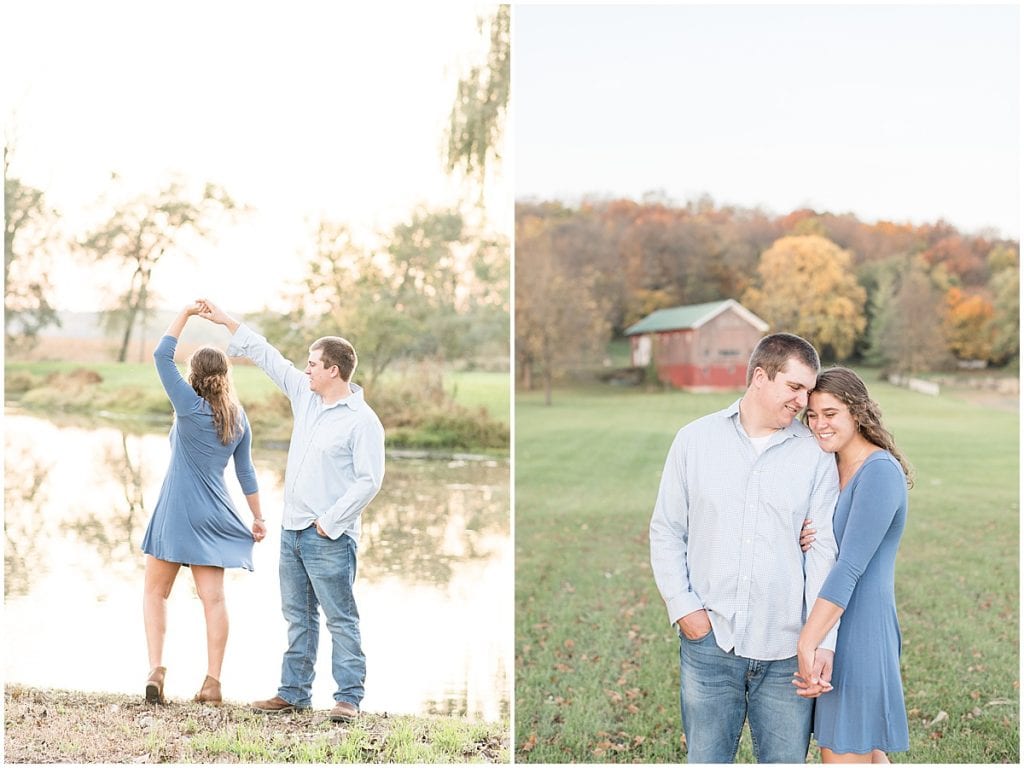 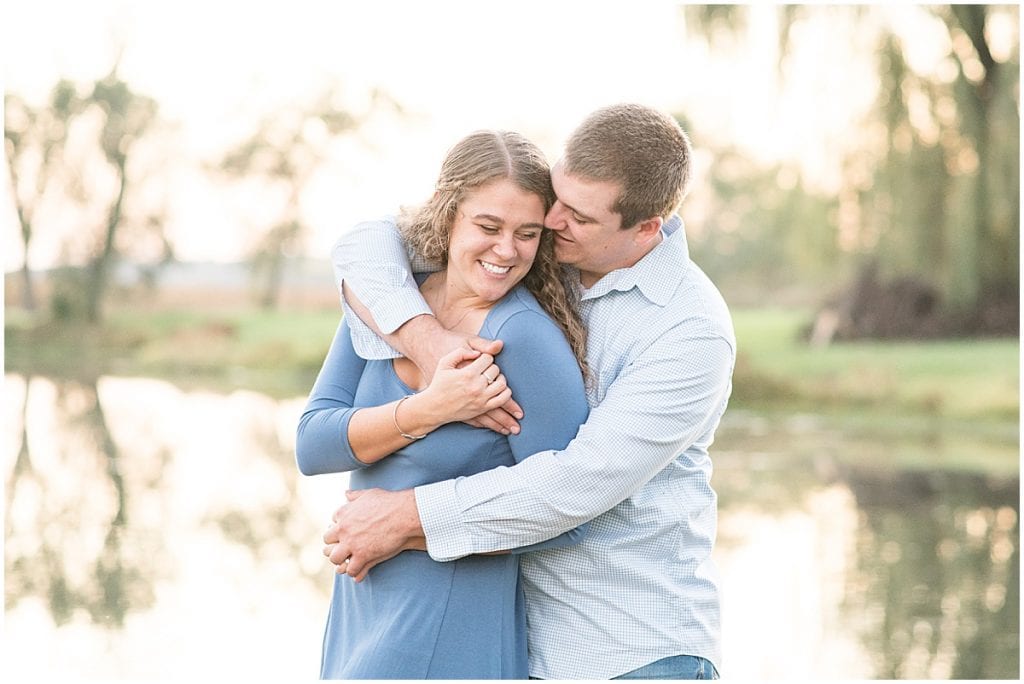 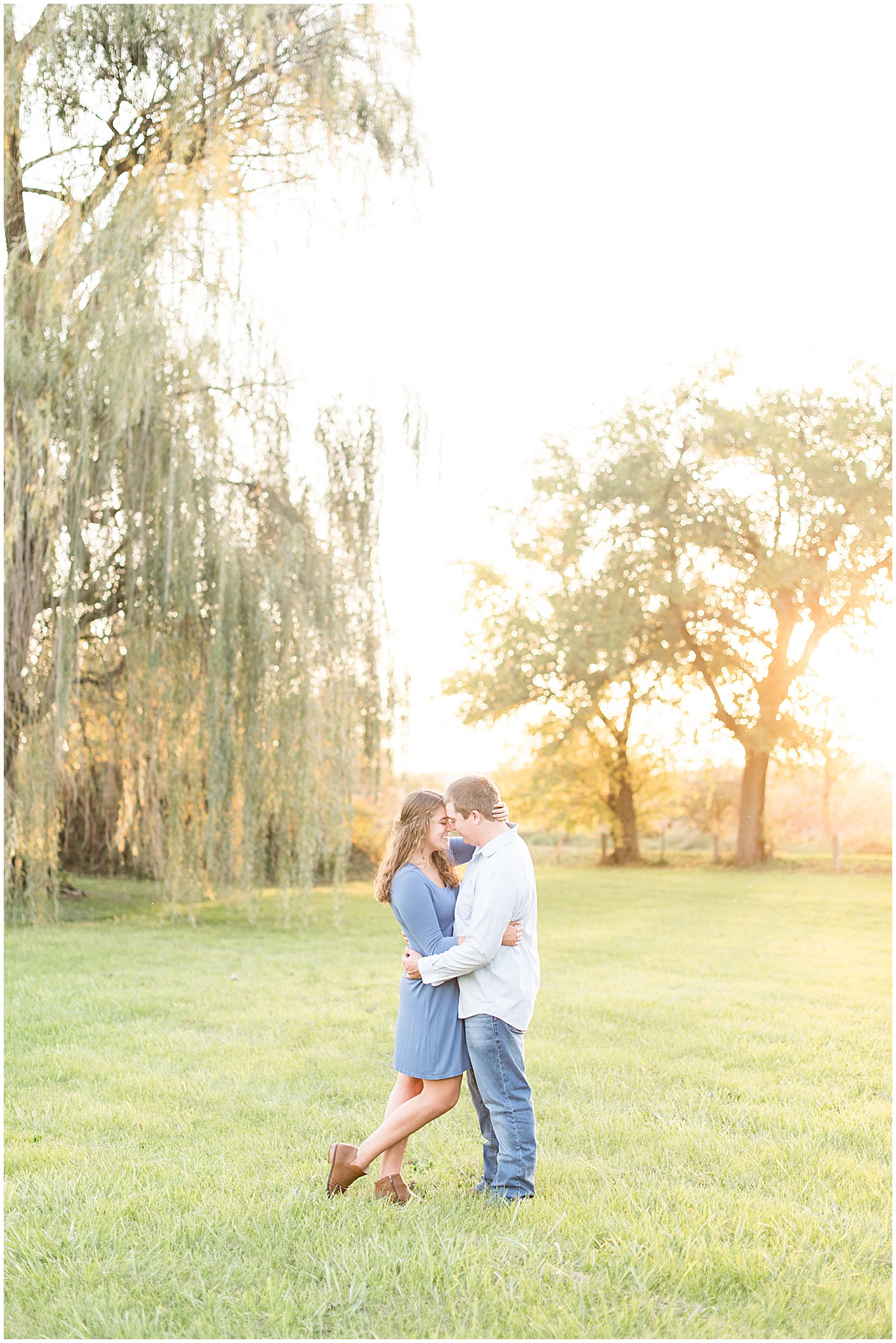 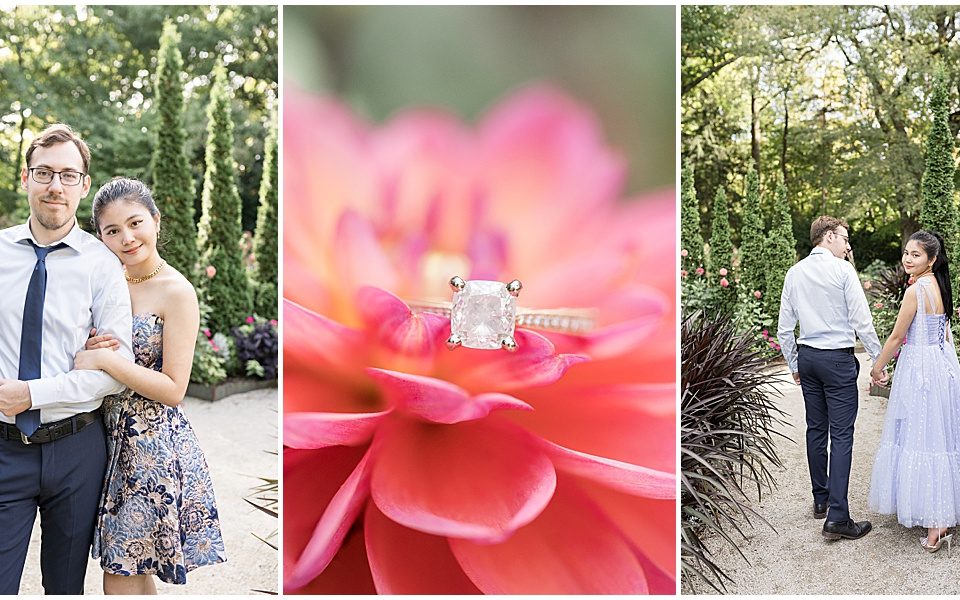 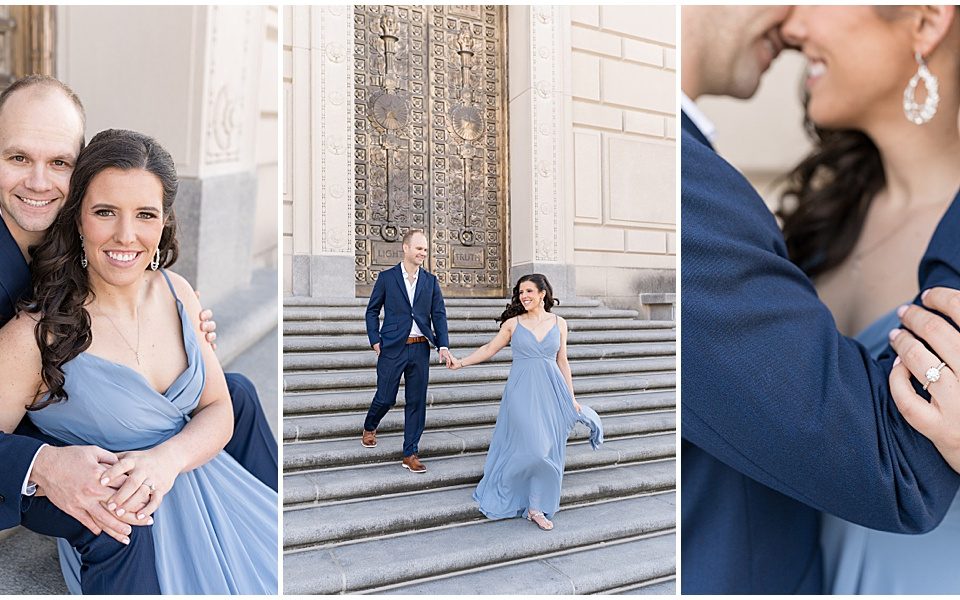 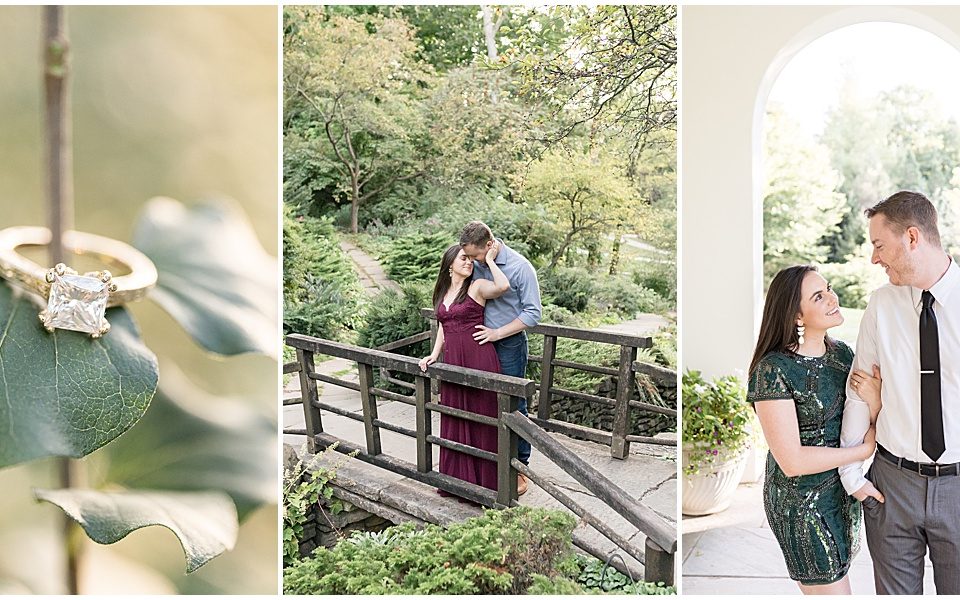 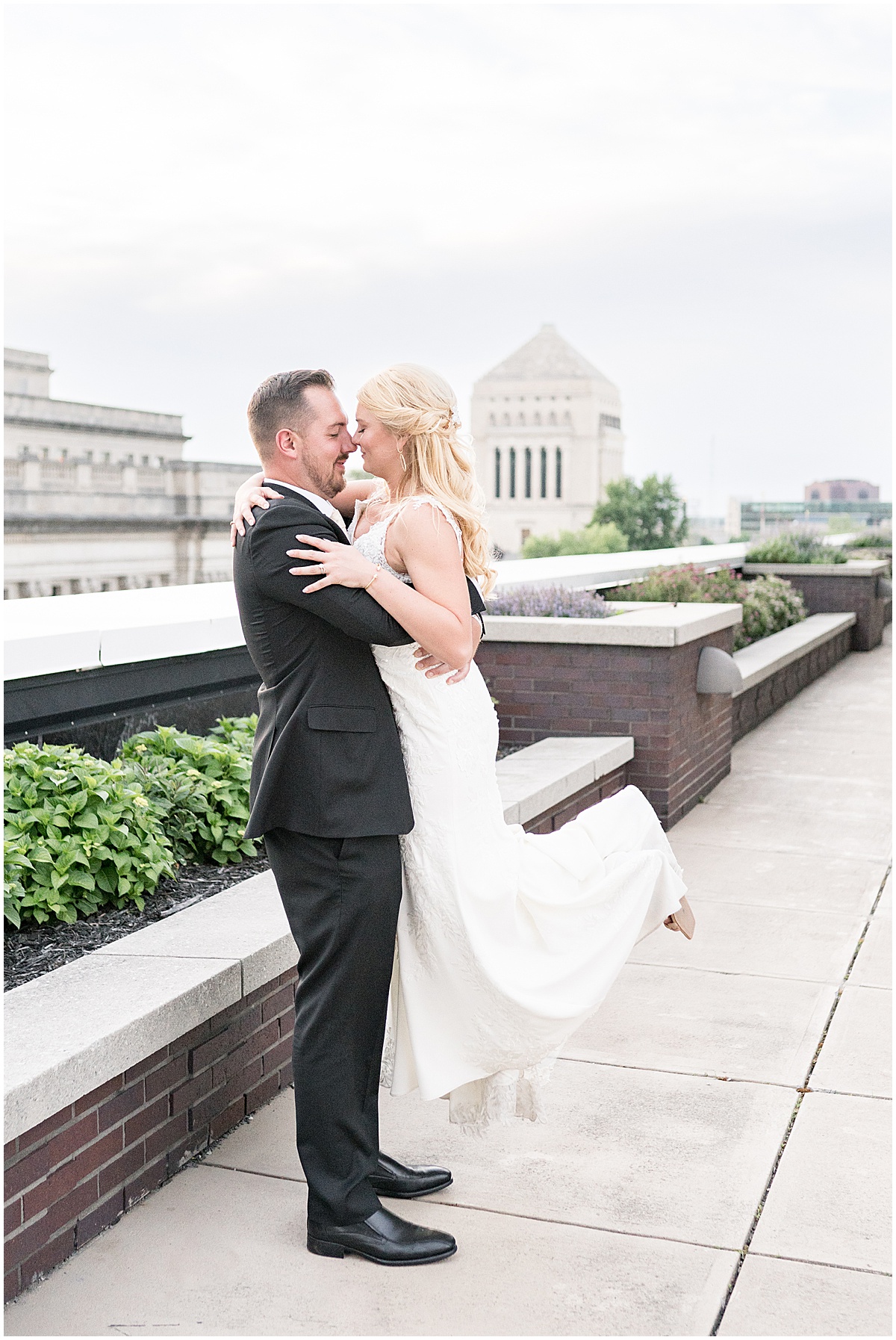 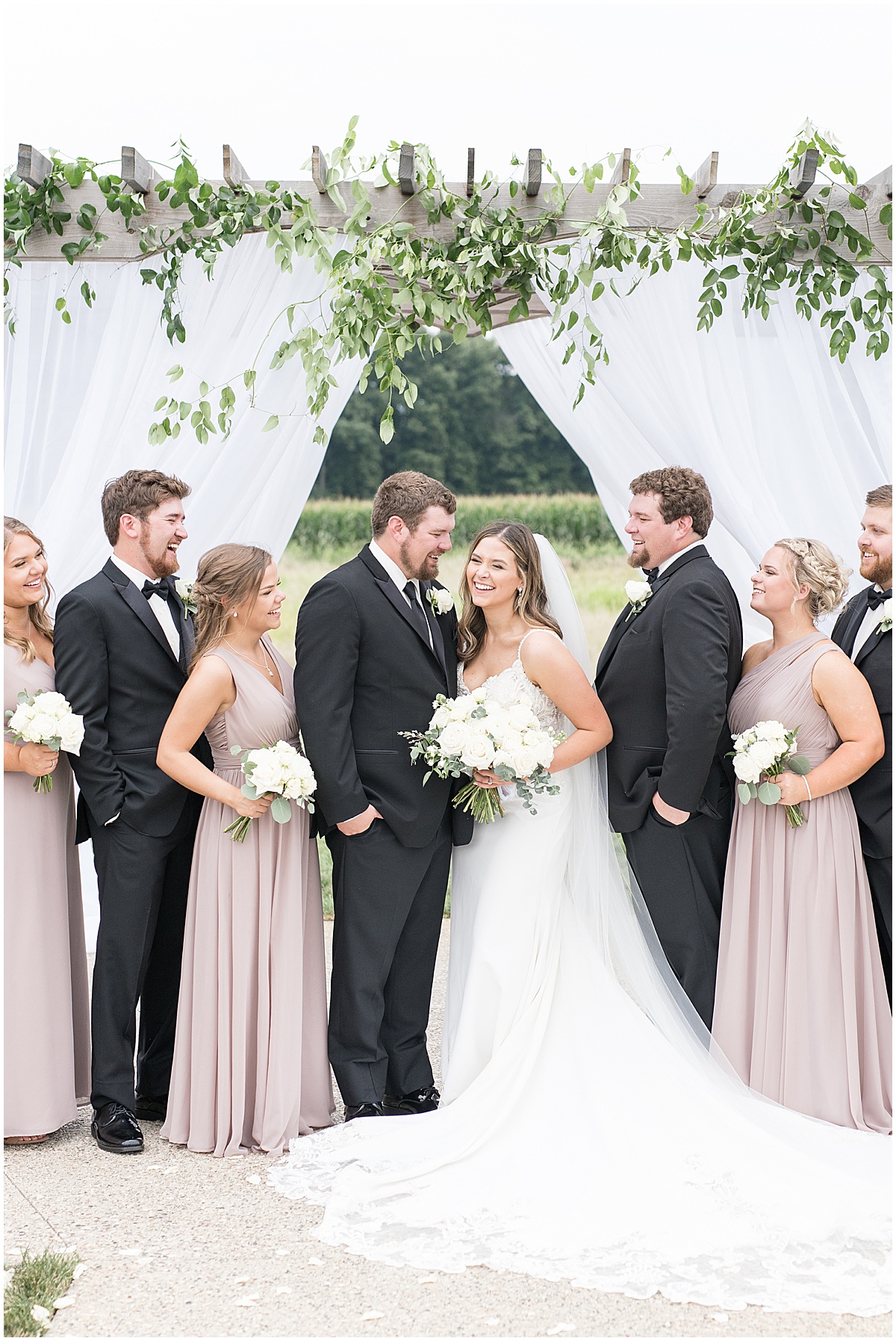